so we are very aware that we have been VERY quite on the blog front lately!

It genuinely hasn’t been our intention to leave or forget about this blog , it’s something we want to keep going, to build up people’s awareness of cystic fibrosis and all that it involves. But in all honesty the last month or so I’ve just not known what to write!, I’ve had ideas started typing and it just didn’t seem like the right thing to put up.

I’ve found myself thinking about the blog and what’s acceptable to put out there and what’s not, for us it’s a fine line between wanting to share everything because after all that’s what a blog is about.. but then also wanting to keep the boys to ourselves. What if Stanley or Alfie read the blog when there older and just think why on earth did they put that?!

But I know that if we don’t try to get people’s attention, to make them look into what cf is and raise that massively needed awareness then no one else will do it for us!

In all honesty maybe I needed a break ( well both of us! Neither of us have blogged for a while!) both our days are consumed with cf, medical terms, appointments, pharmacy trips, Medicines, tubes, nebulisers physios and a million and one other things, did I then really want to sit there and write about it?! but we started this blog for a reason and it’s something we most defiantly want to continue.. so here goes!

Stanley is now 9 months old! Yes NINE 😩, where on earth has that time gone?!

He has his first tooth and he is now crawling!, he’s been trying to for the last few months but over the weekend he has finally got the hang of moving his legs (well one leg..) and arms at the same time and now there is no stopping him!, 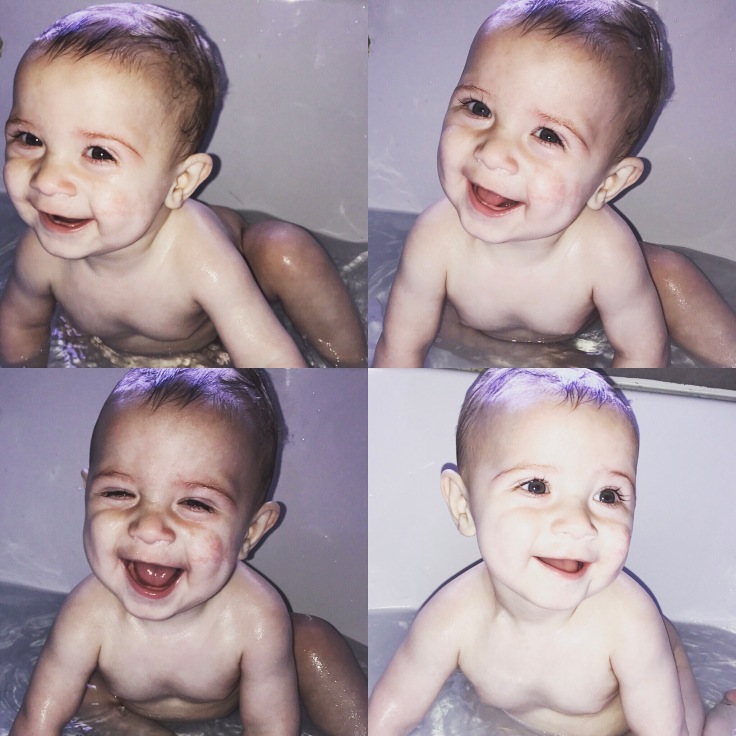 this now also means that he can no longer sit on his pump alone he now has to be sat with me or jack so that he doesn’t try to escape and ending up pulling his tube out! Extra cuddles for us but 2 and half hours of the day is spent on a pump so as you can imagine it’s quite time consuming. So we’ve now tried to incorporate feeds around the same time as doing other things such a nebulisers just to try and save a little more time to allow us to do other things!

He is changing so much and in just a few weeks we have his first annual review! Quite a big milestone, it will mean that his now four weekly check ups will now be every 8 weeks, on the day of his review he will have blood tests to check levels of everything are ok, his medicines will all be checked over to make sure doses are still correct, he will be weighed, have swabs and a chest X-ray, every 2 years he will have liver scans and other tests as he gets older. Basically a full MOT! the cf team are very hands on and there approach is for them to know about something (if there is anything) before the symptoms start to show. The treatment for cf is very aggressive and acting quickly is so much better!, 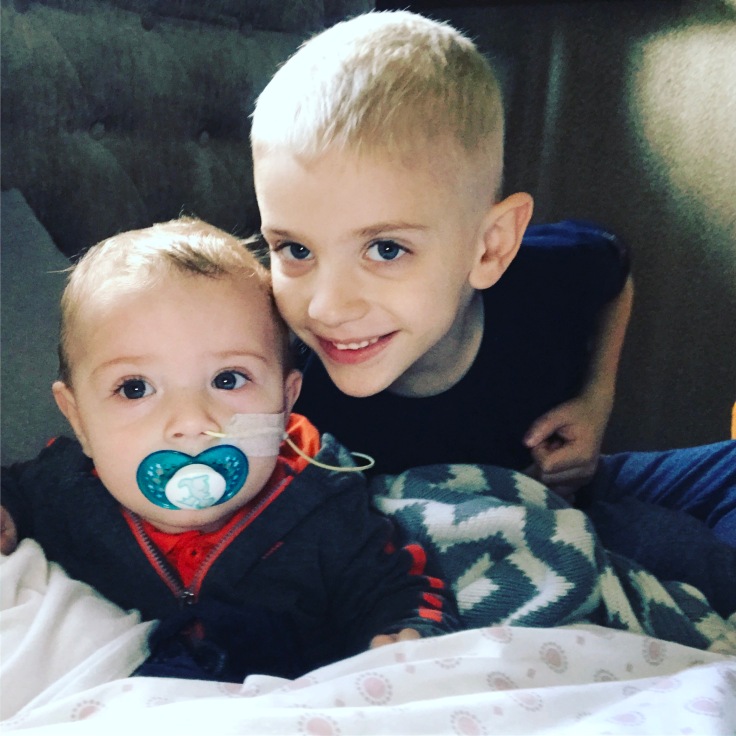 We have now had 6 weeks off antibiotics this is the longest ever! I say off antibiotics this just means we haven’t  had to give any extra than the two nebulisers and two lots of antibiotics he’s already on! but this is an achievement in itself! He is gaining weight beautifully and meeting all milestones, so we couldn’t ask for much more! We even braved it and took him swimming for the first time, both of the boys loved it! Things like a trip to swimming can be a big thing, finding the right time when Stanley doesn’t have a cough making sure there was two of us there and that Stanley didn’t go near any puddles of water and that changing tables were wiped down before he could go on them, most things we do without thinking now because it is just our normal.

It’s now the easter holidays and Alfie is still loving being a big brother! we thought maybe he would get bored of wanting to be around Stanley all the time after a while but no! they truly are best friends, Stanley has defiantly enjoyed having his big brother off school for the last week and we’ve made the most of it with trips to swimming, the park, a trip to see fantastic mr Fox And Alfie’s favourite the museum! ❤️

We are still continuing to fund raise and The bike ride is getting very close now!!

WE ARE JUST 3 WEEKS AWAY!

The boys are now four months into training, and are very close to getting to target to be able to ride the 283 miles from London to Paris! Alfie and Stanley are so excited to be able to see daddy cross the finish line at the Eiffel Tower on the 13th may! It will be the first time as a family that we have been in a different country together – the start of many more special memories to come 💜

All of the information to donate is on the blog and social media pages so please donate if you can! Any amount will be hugely appreciated! There will be regular updates of the bike ride on both facebook and twitter so keep a look out! 🚴🏻🚴🏻